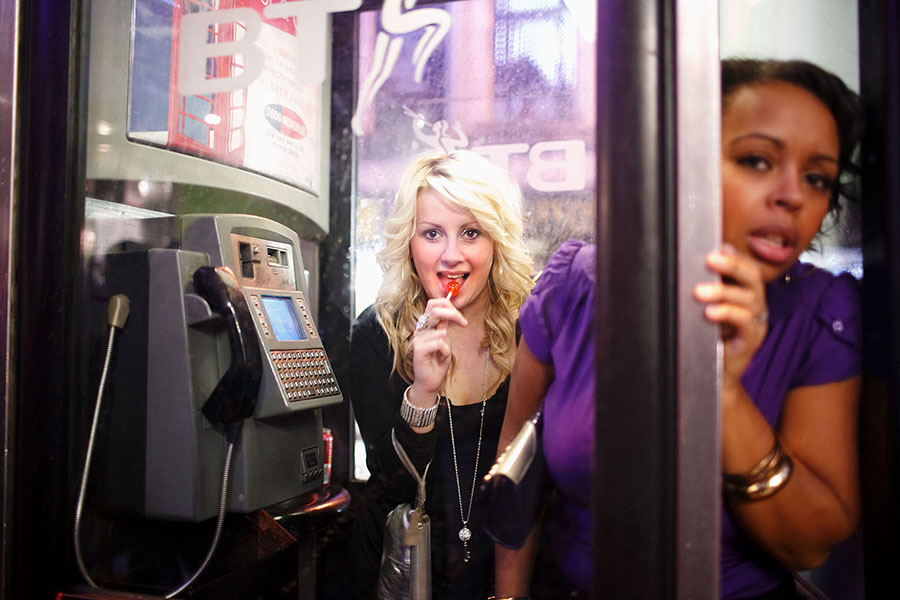 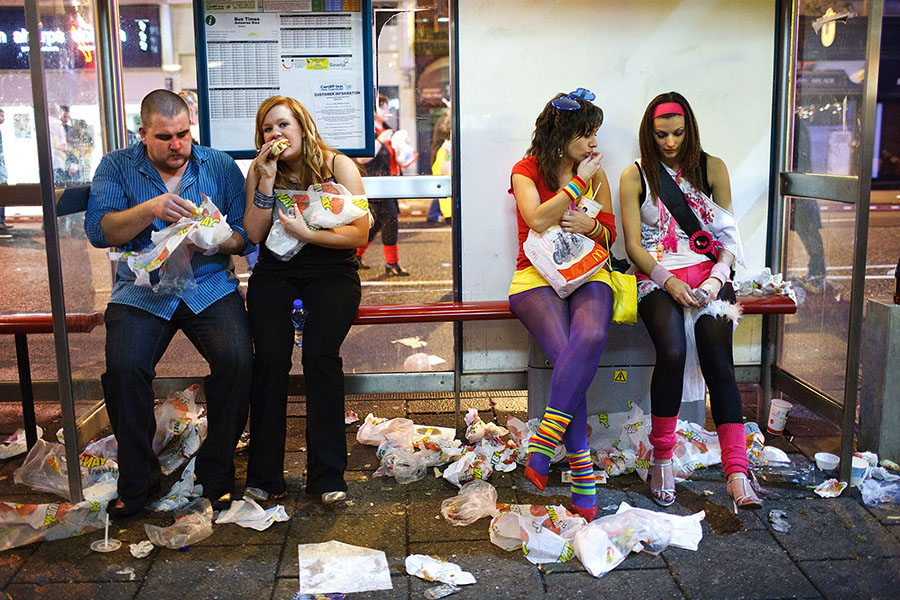 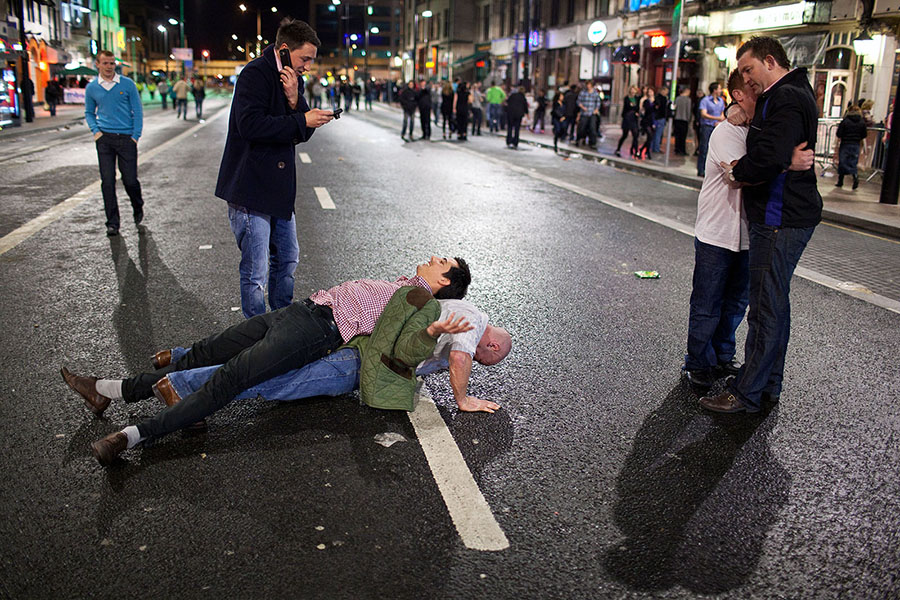 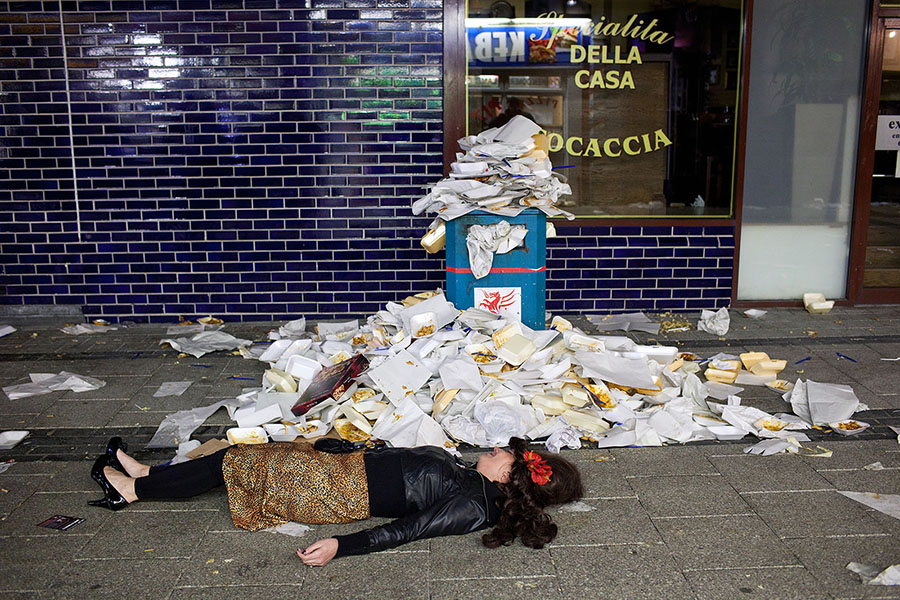 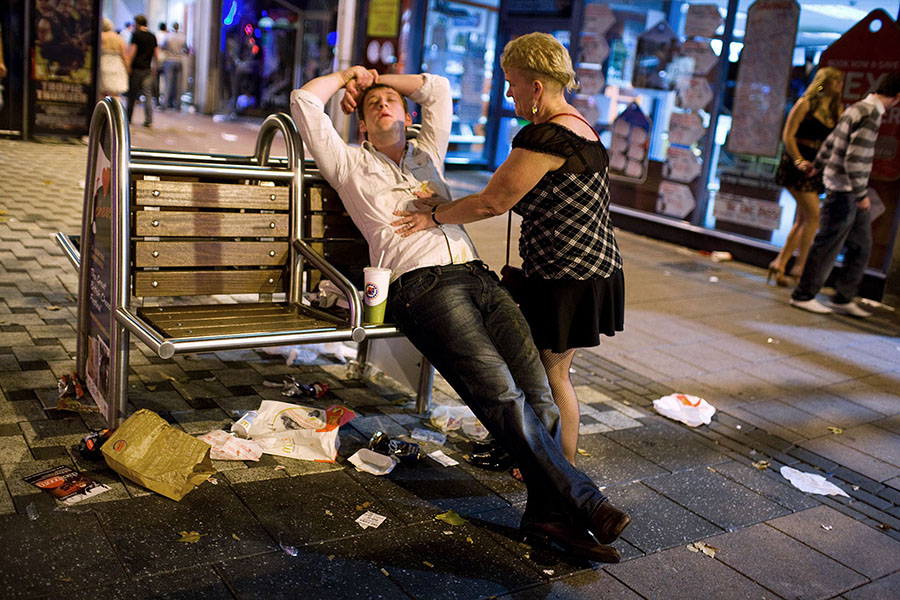 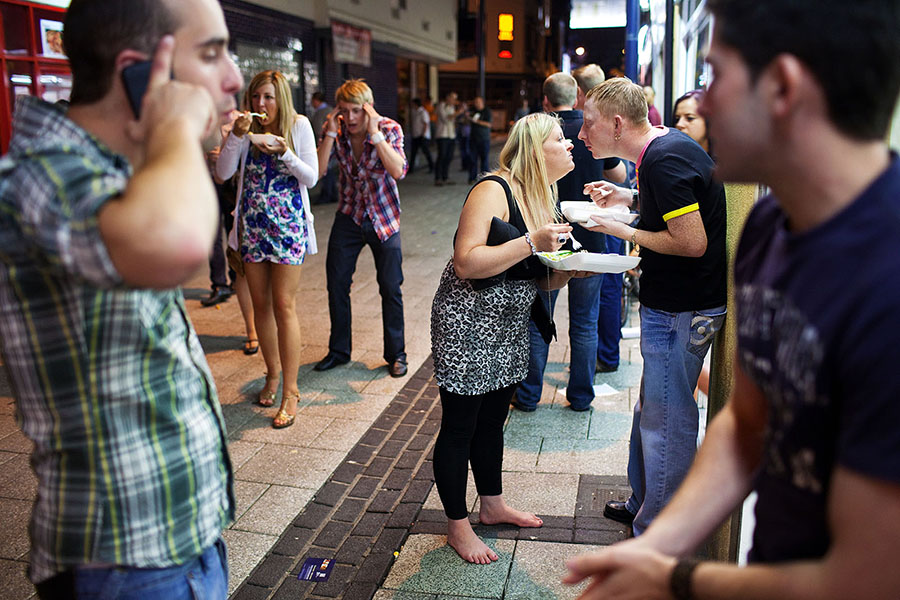 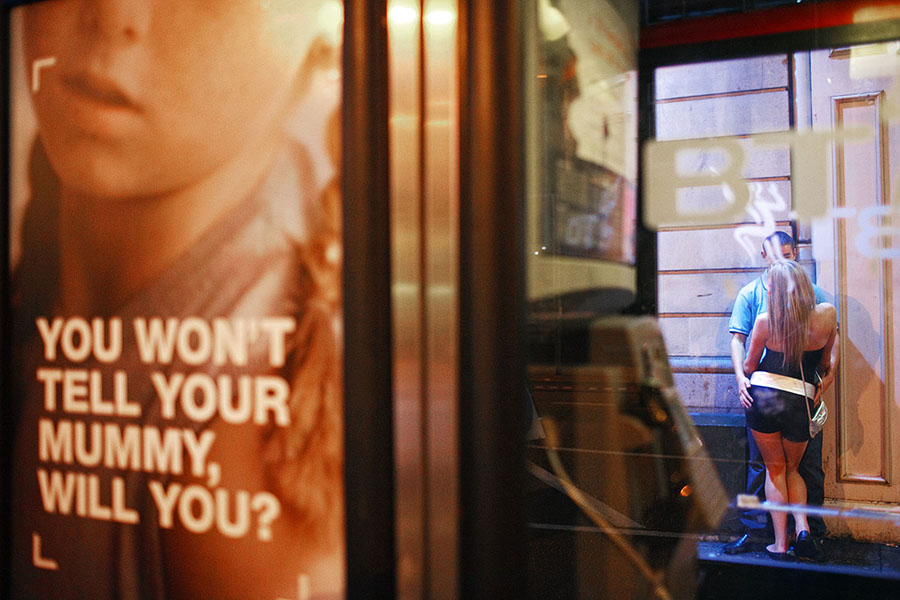 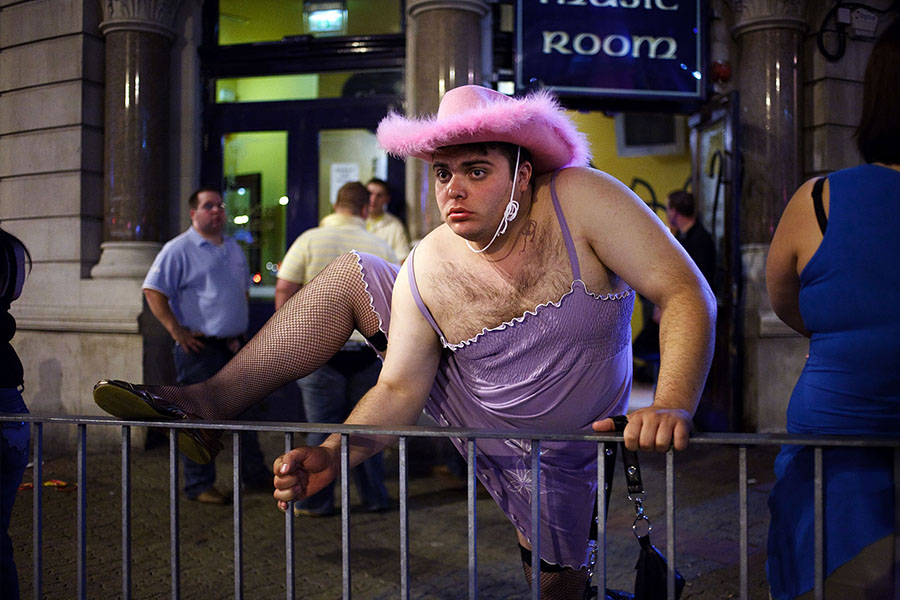 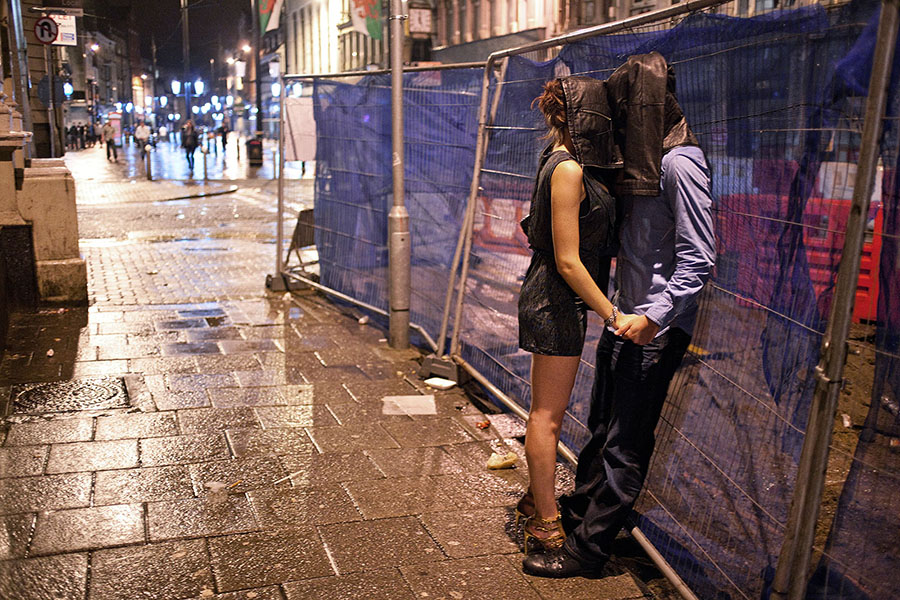 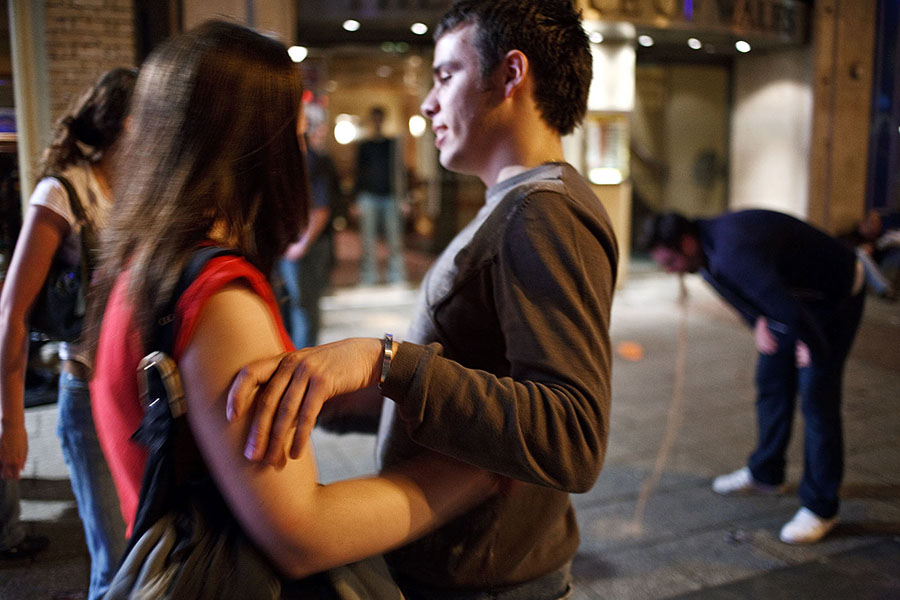 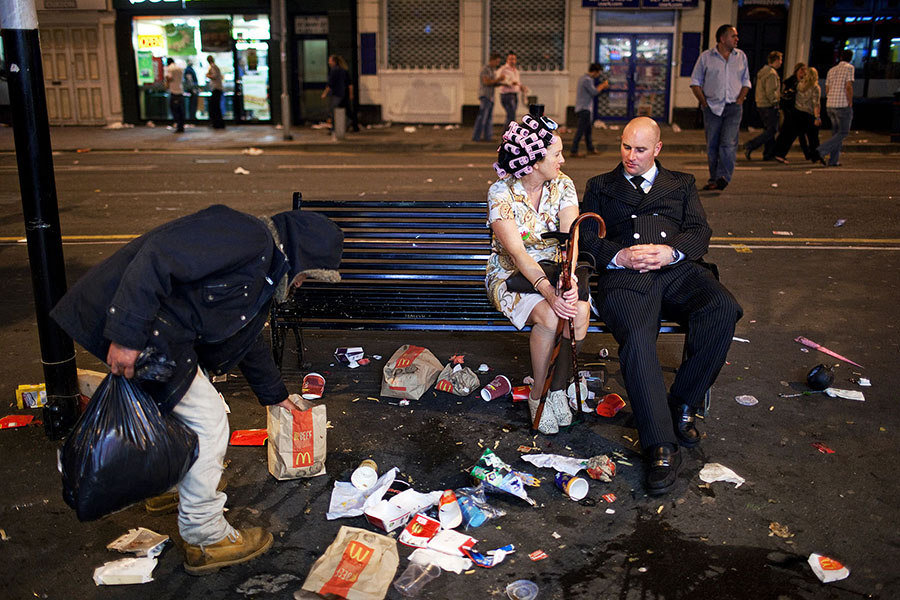 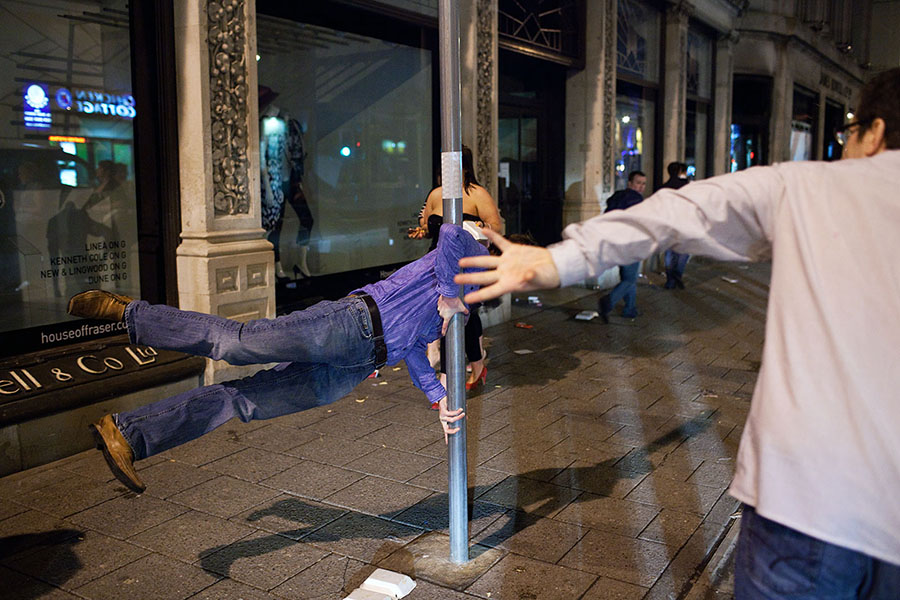 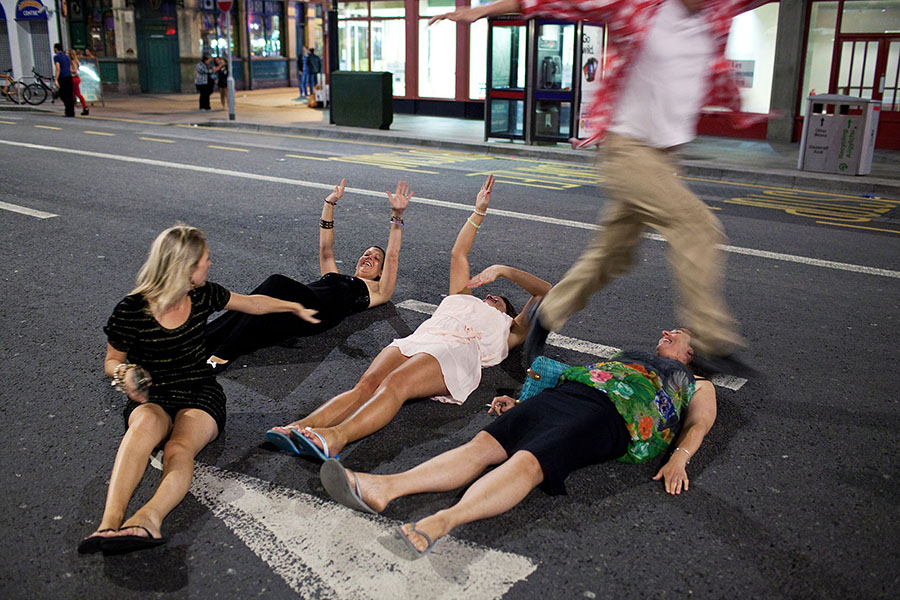 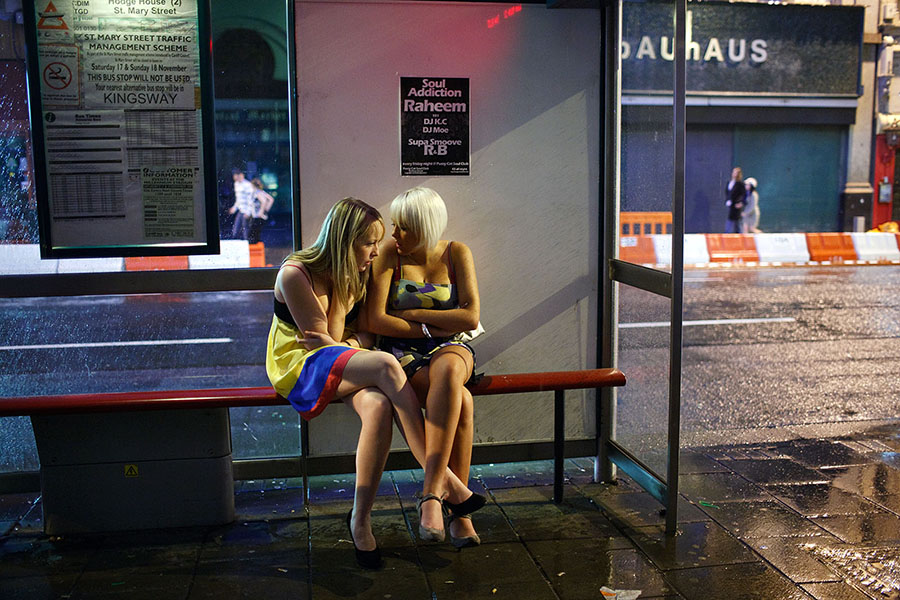 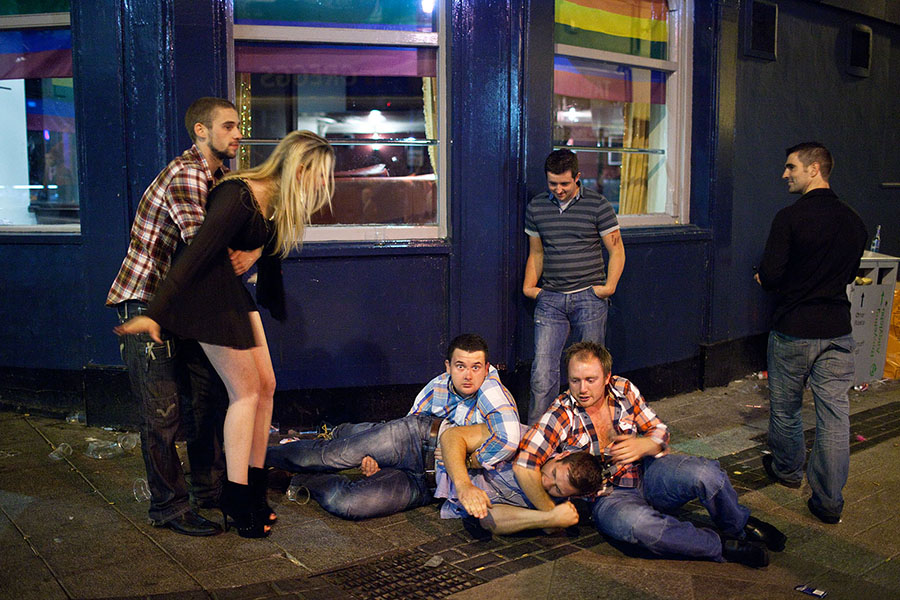 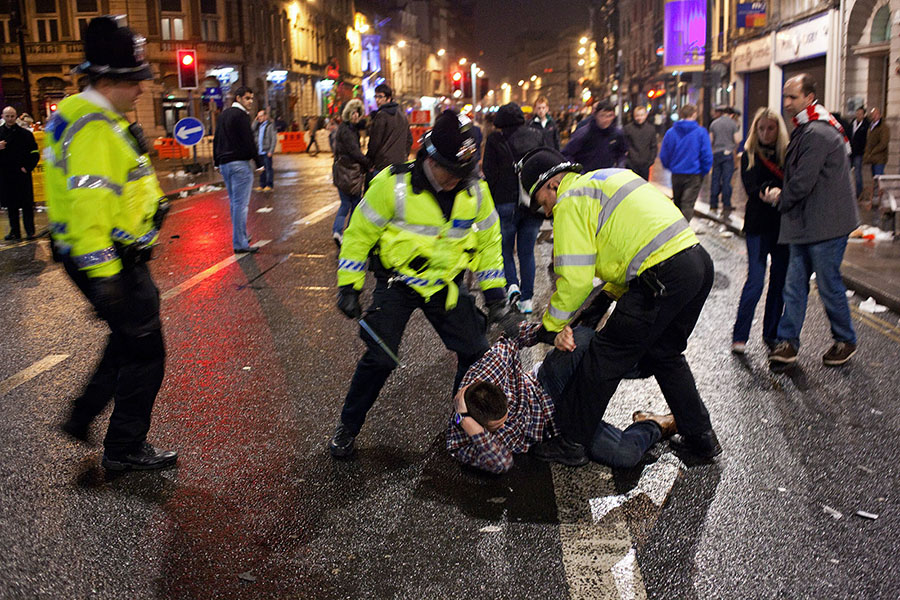 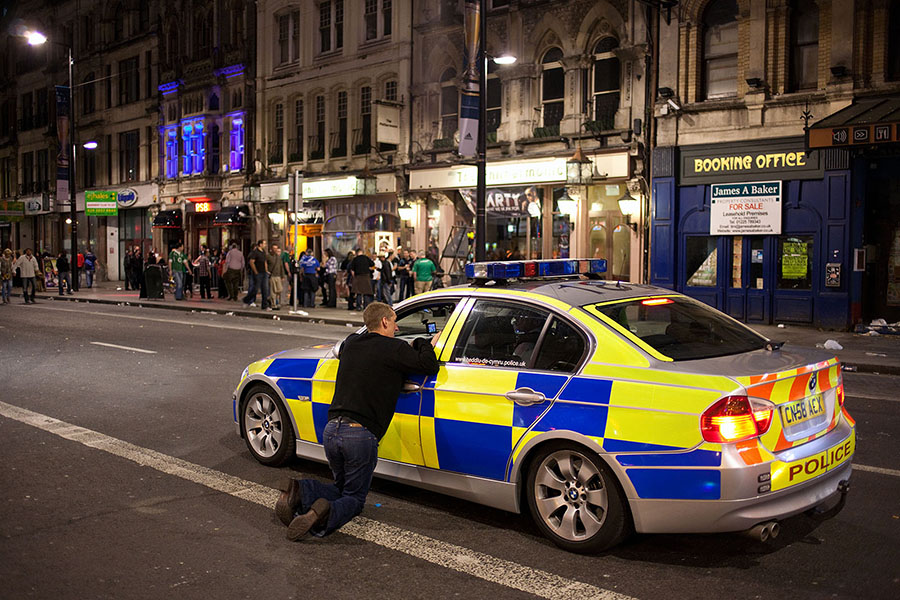 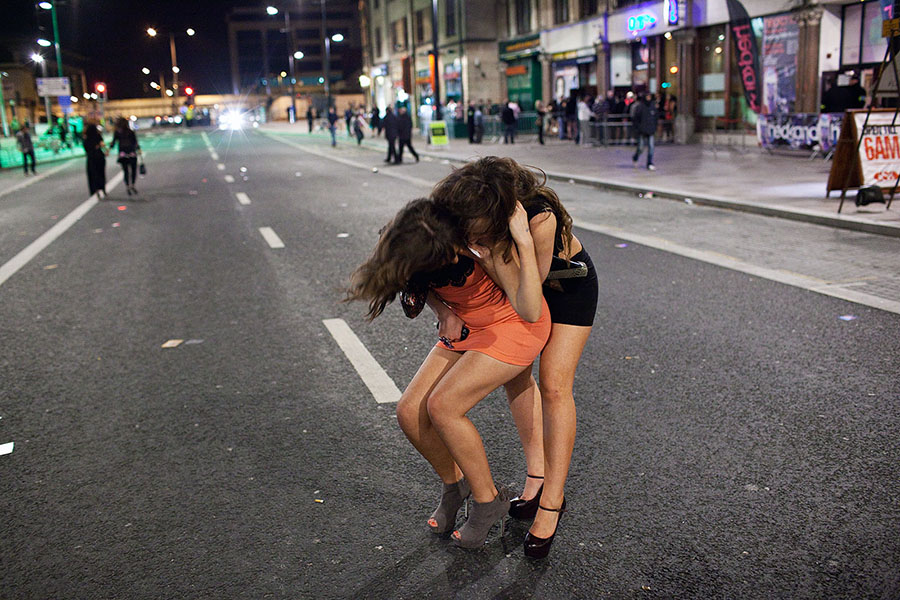 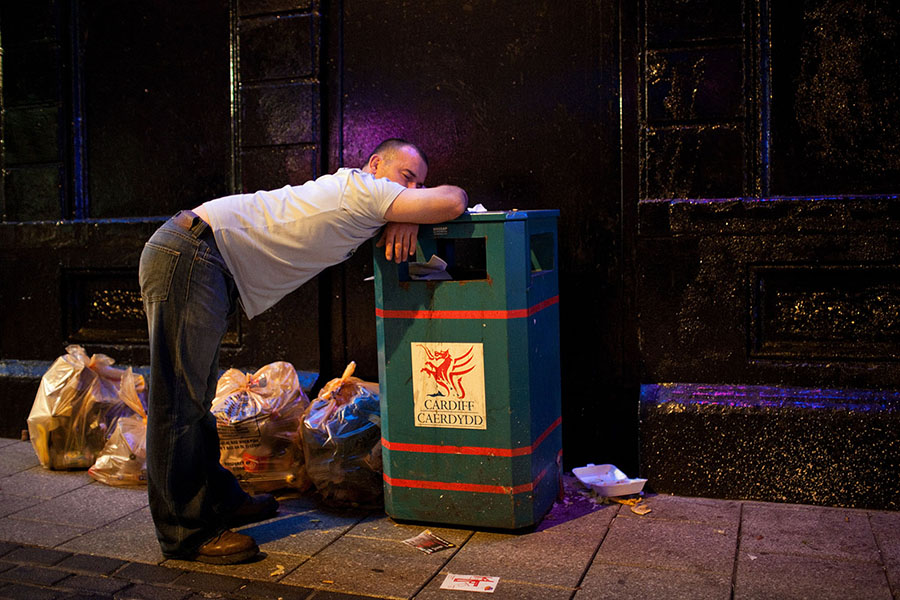 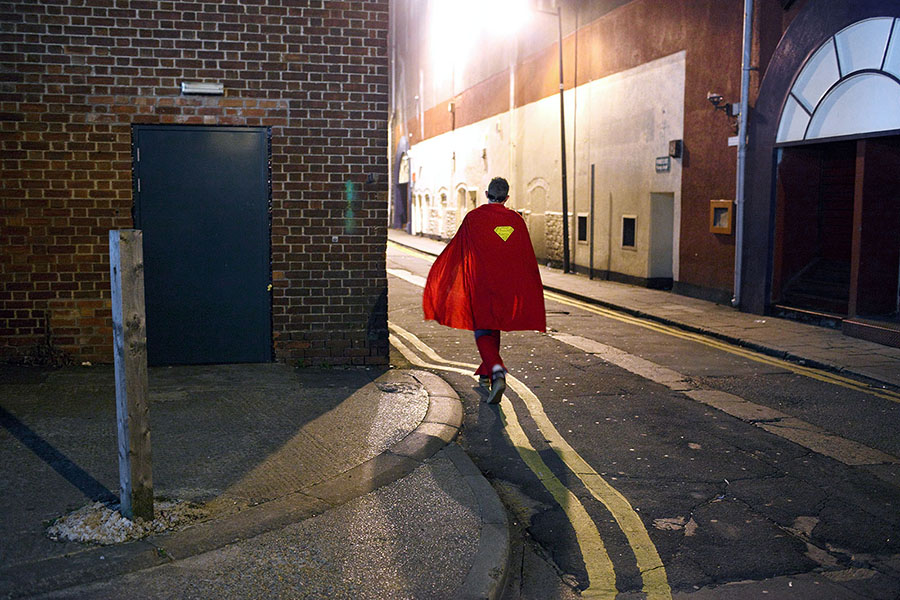 Cardiff – the capital of Wales. An average British city you could say. But there is one quite unusual street, called St Mary street. Filled with shoppers, commuters and office workers during the week days, it transforms itself into a party stage on every Saturday night. Sooner or later most party goers end up in one of St Mary street’s bars and pubs. The street together with adjoining lanes becomes the main scene of fuelled by alcohol and emotions city’s nightlife. Everything takes place in public – from drinking, fighting, kissing to crying and sleeping. There are queues outside popular bars and the security guards together with police patrols, keep an eye on the whole spectacle. Supermen chat up Playboy Bunnies, somebody takes a nap on the pavement, the hungry ones finish their portions of chips, the needy ones urinate by the wall, bins overflow and the policemen stop another argument and fight. Nobody seems to worry about tomorrow, what matters is here and now. Then a taxi back home if you are lucky to find one, if not a slow drunk walk back. A quiet hungover Sunday and another week at work or school. Until the next weekend.

Cardiff After Dark by Maciej Dakowicz.